As a user of FaceBook and LinkedIn for a while now, I’ve been struck by the distinctiveness of each form. I’ve done some surfing through YouTube as well (Muffins!), thanks to my kids. I’ve reached two conclusions, one specific to the technology and a second broader one relevant to the impact media have on individuals and society.

LinkedIn has the feel of a distributed corporate address book: pre-classified categories of information and a fairly high degree of architectural rigidity. There’s no API to attach additional applications, so there no LinkedIn ecosystem of third party vendors or open source initiatives building around the LinkedIn community. Rather, it serves as a stand-alone application with a well-defined purpose and rigidly scoped value proposition. This leaves LinkedIn vulnerable to a potential successor with capabilities that could extend and therefore obsolete it. It appears to be architecturally self-limited. I use LinkedIn frequently for a predefined purpose – locating colleagues, and most valuably tracking colleagues who have moved on to different positions. LinkedIn does a good job of maintaining a current address for professional colleagues. Note that Plaxo is getting stronger in this regard, although I do not use Plaxo for much more than e-mail address synchronization at the present.

In some regard this narrowly scoped architectural governance echos AOL’s model. By limiting the number of participants in any chat room, and by limiting conversations to brief text, AOL maintained a high degree of control over the political and economic potential that chat rooms offered.

At the other extreme, YouTube and MySpace seem to be about individual broadcasting and mass market initiatives, as opposed to strengthening pre-existing social relationships. Friends do notify me about new content on YouTube or MySpace, and I take a look, but there is little structure or support for dialog or community in those environments as far as I can see. Active participants internalize the architecture and complete the social governance functions through self-policing; either a member chooses to conform to the norms of the group or they face direct challenges from group members that can erupt into flames. It is hard to imagine a flame war on LinkedIn.

But what of FaceBook? Membership is open. Users can elect which groups they wish to join, although some groups require approval. Users can also start groups of their own. So if a user doesn’t get into a surfing group, he can start his own and build a competing environment. Groups are unlimited in size, and can exchange messages and e-mail, post photo, video, and music content, and most importantly can build additional applications on the FaceBook platform. This makes FaceBook an OS in the cloud. There is a substantial ecosystem of applications surrounding FaceBook today. Users can decide which content they post, which groups they join, and which applications they use. This three-dimensional experience makes life much more interesting for FaceBook users.

Within groups there are capabilities for governance and structure that permit communities to coexist without interference, and allow individuals to participate in multiple communities without friction. From a competitive perspective, FaceBook is stickier than other modes of social networking. This makes it a more attractive platform for highly differentiated marketing. Both Microsoft and Research in Motion have strong interest in FaceBook, understanding the demographic of the FaceBook user. Microsoft sees a potentially valuable advertising channel, while in October 2007 RIM built a FaceBook application for the BlackBerry that is generating some buzz.

In contrast, neither Plaxo nor LinkedIn have a unique approach to integrating with BlackBerry – it’s just another phone – while MySpace and YouTube appear as undifferentiated video or internet content to any BlackBerry or other cell phone user. So FaceBook through its multi-dimensional capabilities adds value to other communications media.

From an advertising perspective, it makes sense that Coca-Cola would run 500 web sites and underwrite productions on MySpace and YouTube – the model is more of a mass broadcasting. It is hard to imagine Coca-Cola advertising effectively on LinkedIn.

The wider observation echoes Marshall McLuhan. While there are strong differences between the three categories of social networking, there are profound underlying similarities. Any new media attracts huge attention on its initial appearance. Once it becomes part of the fabric of media choices, it tends to become invisible. During the 1920s, a new word appeared in the English language: “Phony.” It meant “something you heard on the phone.” People first confronting the new device noticed its distinctiveness and reacted with caution and mistrust. By the 1950s most homes had phones, but the teenagers of that era lived on them – while their parents failed to understand how anyone could talk on the phone for so long. (I have a live recording of the comedian Shelly Berman from the late 1950s in which he gets a huge laugh from his audience when he describes his daughter: bobby sox, poodle skirt, and a phone growing out of her ear.) And today cell phones have become fashion statements.

Social networking is a new medium. The distinctiveness that we perceive in these early days will become invisible as we adjust our sensorium to accommodate this new medium. People who use social networking will have more in common with each other than those who don’t. Today the similarities between people who get their news from Fox, NBC, or The Daily Show are greater than the differences; just as the similarities between those who get their news from the New York Times, the New York Post, or the National Enquirer override the differences.

So the final lesson relates to media aggregation. As different media appeal to different types of people, media aggregation reveals much less synergy than might appear available. The work to translate content from one channel to another may yield no attractional value – no stickiness – when that revised content is eventually rendered in the new medium. If someone sponsored a full-length movie based on the “Muffins!” piece it might not win much share. The long range prospects for Cavemen (the sitcom based on characters from an ad campaign) seem grim.

Now if I can just figure out how to get news of this new post to my friends and colleagues on LinkedIn and FaceBook. So, tell me, how do you use different social networking technologies?

Posted by William Malik at 9:58 AM No comments:

During my time with Gartner, some of us toyed with the idea of creating a subscription service to rate food and wine: Everything from restaurant reviews and wine tasting notes to recipes and memorable meals. I subscribed to Robert Parker's The Wine Advocate and found his taste to be flawless.

While that dream remains a future possibility, I've got some experience cooking, fortified by a few adult education classes at the Culinary Institute of America during the 1980s. In thanks to them, and as my first gift to the Internet community, here's my recipe for home-made spaghetti sauce. I learned it from my Mother, and have modified it with experience over the past forty years. It takes time. 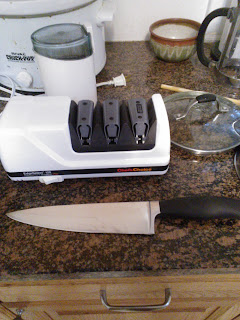 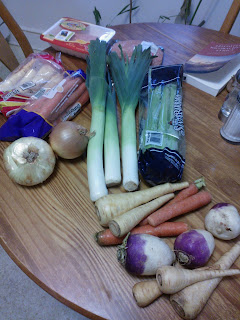 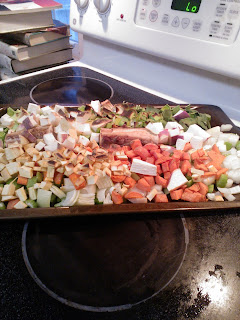 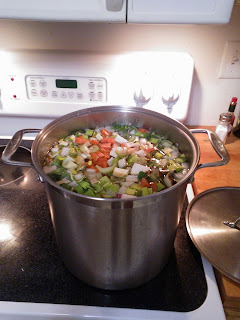 Note that this stock can be reduced considerably and yields a wonderful consomme. 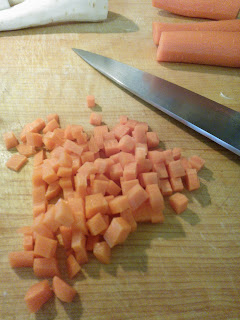 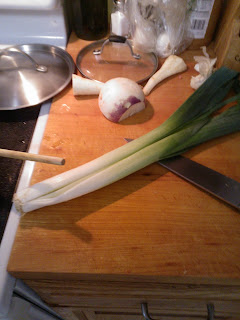 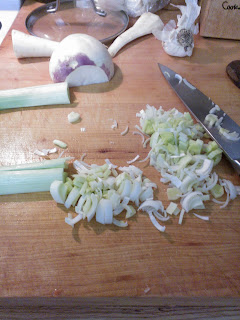 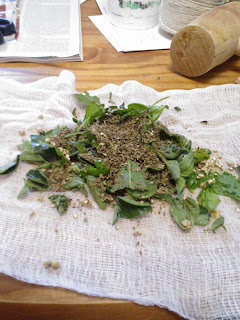 To prepare  the tomatoes, pour off the liquid and reserve. Rinse the tomatoes under cool water, removing the skin, the ribs, the seeds, and the clear gelatinous material surrounding the seeds. These make the sauce bitter. 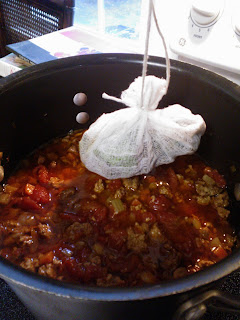 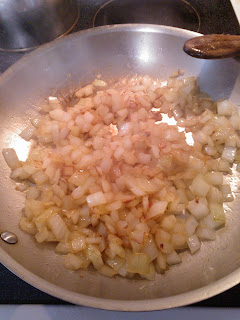 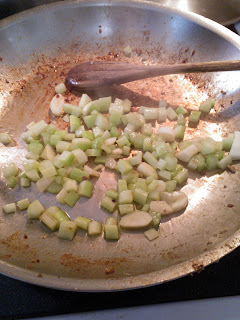 Add to boiling stock.
Brown meats and add to stock. 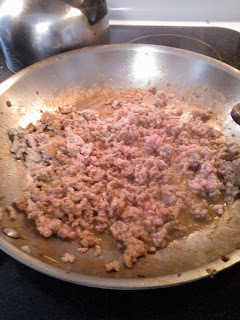 Note that this sauce improves after being refrigerated overnight. It can be frozen, as well. I generally make four times this amount and freeze the extra for later dinners.

For dinner, serve with a leafy green salad, garlic bread, grated Romano or Parmesan cheese, and a red wine (good for the heart) - my preference is the Gaja Barbaresco  but even a simple Chianti will work well.